The Magic Horn (Smosh) was used by Goths to expel magical tapeworms from others, as its sound causes those who hear it to uncontrollably evacuate their bowels.

"We put this in her drink. It will make her instantly "Triple" herself. Tripling is when you vomit, defecate, and orgasm, all at the same time."
"Wha... I-I don't... Why would that medicine even exist?"
― Carter Pewterschmidt and Peter Griffin (Family Guy)

The power to induce defecation, vomiting or urination in others. Sub-power of Digestive Manipulation. Variation of Inducement. Opposite to Digestive Expulsion Negation.

The user is able to induce defecation, vomiting or urination in others. 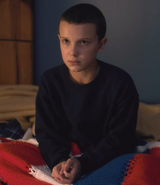 ...froze a bully before he could hurt her friend Mike, as well as make him pee himself. 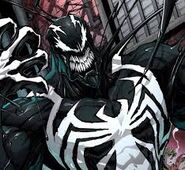 While unwillingly possessing Lee Price, Venom (Marvel Comics) influenced his subconscious nervous system, causing him to vomit in order to sabotage a meeting.

Eric Gitter/Ink (Marvel Comics) has biohazard symbol-tattoo on his right palm he can use to make people become extremely ill.
Add a photo to this gallery
Retrieved from "https://powerlisting.fandom.com/wiki/Digestive_Expulsion_Inducement?oldid=1564120"
Community content is available under CC-BY-SA unless otherwise noted.