"Taking dinosaurs off this island is the worst idea in the long, sad history of bad ideas. And I'm gonna be there when you learn that."
― Ian Malcolm (Jurassic Park: The Lost World)

"Very well... this looks a job for the two of us. What do you think Saotome?"
"We must not allow anymore innocents to suffer!"
"(a sign that says: "Caution! High Winds" hits them)"
"Waaah!!!"
― Soun Tendo and Genma Saotome (Ranma 1/2)

The power to make anything go wrong. Sub-power of Disaster Manipulation. Variation of Chaos Inducement.

The user has the power to induce disastrous events onto any kind of event. They could make celebrations where everyone is having fun turn into a riot or a constructing of a house going according to plan turn into a disaster that results in the house being destroyed. Anything good can be made into a bad situation. As Murphy's Law says, what can go wrong, will go wrong. 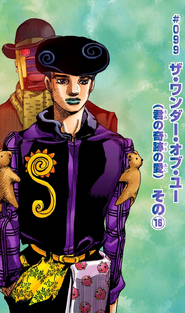 Tooru's Stand, Wonder of U/Satoru Akefu (JoJo's Bizarre Adventure Part 8: JoJolion) generates the worst outcome possible, abnormal or not, when creating disaster/calamity to anyone who pursues him or works against him…

…The activation of the ability is so sensitive, as even the feeling or idea of doing anything remotely wrong to him, or even looking at the Stand's back, without any intent to harm, can still trigger the ability.

Jack the Drought (One Piece) earned his nickname for whenever he rampages on an island, it is left in a decaying state akin to a drought. 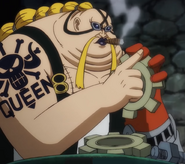 King the Conflagration (One Piece) is one of the three Disasters, like Queen and Jack.

Descending like a calamity, Hou Ken (Kingdom) would always bring about disaster and confusion to his opponents' armies.
Add a photo to this gallery

Nemo (American Dad!) aka the "Antichrist" can cause calamities to happen from doing child antics.

…that is passed down to Milo Murphy and all the other males in the family to have Murphy's Law.
Add a photo to this gallery

Dice's (Valkyrie Crusade) powers are linked to her mood, bringing either great luck or great calamity depending on how she feels.
Add a photo to this gallery 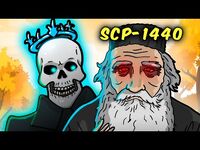 SCP-1440 The Old Man from Nowhere (SCP Animation)
Add a photo to this gallery
Retrieved from "https://powerlisting.fandom.com/wiki/Disaster_Inducement?oldid=1696641"
Community content is available under CC-BY-SA unless otherwise noted.