The power to be immune to all diseases. Variation of Contaminant Immunity.

The user's immunity, digestive, and other organ systems are enhanced or evolved far beyond that of a normal human's. They are completely immune to every form of disease brought on by bacteria, viruses, or even parasites.

Diana both as Wonder Woman (DC Comics) and the Goddess of War possesses an incredible immunity from poisons, toxins, as well as disease.

Under the effects of the yellow sun Kryptonians like Superman (DC Comics) possesses an incredible immunity from poisons, toxins, as well as disease. 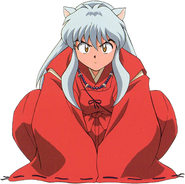 Inuyasha (InuYasha) is a half-demon, and cannot contract any diseases, aside from the common cold.

Zana (Tumor Fruit) cannot get pregnant and cannot carry STDs no matter who she has sex with.

Glenn Quagmire (Family Guy) carries every disease known to man and is incredibly resistant to most of them.

Various members of the Avengers (Marvel Comics) showing immunity to the Symbiote virus. 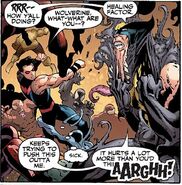 As he is essentially a walking corpse, Deathlok Prime (Marvel Comics) is immune to Death's terminal touch.

Gods such as the Olympians (Greek Mythology) are immune to all known Earthly diseases and infection.
Add a photo to this gallery
Retrieved from "https://powerlisting.fandom.com/wiki/Disease_Immunity?oldid=1363934"
Community content is available under CC-BY-SA unless otherwise noted.