Have body made up of disease.

"Who are you?"
"Cirrhosis, whats it to you?"
― Homer Simpson and the manifestation of homers liver cirrhosis (The Simpsons)

The power to transform into or have a physical body made up of disease. Technique of Disease Manipulation. Variation of Organic Mimicry. Not to be confused with Microbe Mode.

User is or can transform their body completely into one composed of diseases, illnesses and viruses. Users' transformed form is anatomically identical to their normal form, aside of being made of diseases, in which case, it contains all to organs and is somewhat vulnerable to attacks. Alternately, the user can transform into homogeneous matter, without any part of their form being more important than the other.

Sublime (Marvel Comics) is a sentient bacteria that can possess others. 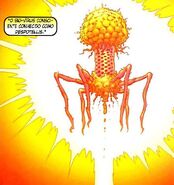 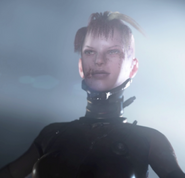 False Rider (TYPE-MOON)
Add a photo to this gallery
Retrieved from "https://powerlisting.fandom.com/wiki/Disease_Mimicry?oldid=1512755"
Community content is available under CC-BY-SA unless otherwise noted.