Darkseid (DC Comics)'s Omega Beams are capable of disintegrating all but the most powerful of beings, and not even space and time will suffice to evade them.

The ability to emit a beam of concentrated energy that disintegrates objects. Combination of Disintegration and Energy Beam Emission.

The user can emit beams of energy that disintegrates anything it touches. 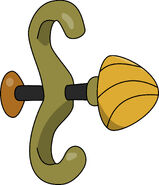 …fires a beam that can destroy anything, even other Shen Gong Wu.

One of Clear Note and Vino’s (Zatch Bell!) spells, Raajia Radisu let's Clear fire a beam of annihilative energy, destroying anything in its path.

M-11 the Human Robot (Marvel Comics) is an expert when it comes to disintegration. 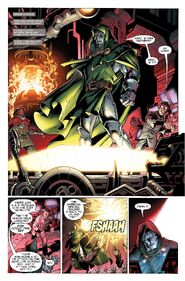 Extant (DC Comics)
Add a photo to this gallery
Retrieved from "https://powerlisting.fandom.com/wiki/Disintegration_Beam?oldid=1654758"
Community content is available under CC-BY-SA unless otherwise noted.