Create a protected area of pure divine/godly energy which damages/destroys/repels/purifies anything that enters its range.

The ability to create a protected area of pure divine/godly energy which damages/destroys/repels/purifies anything that enters its range. Divine variation of Effect Field Projection. Opposite to Unholy Territory.

The user can create an area protected by divine power which destroys/damages/repels/purifies anything of evil that attempts to enters its range of influence. This ability is a powerful defensive skill which allows a user to hold off even the most powerful of dark entities to formulate a counterattack.

When God (The Prince of Egypt) appeared to Moses as a burning bush, he first told him to take his sandals off his feet, for the place in which he stands is holy ground.
Add a photo to this gallery 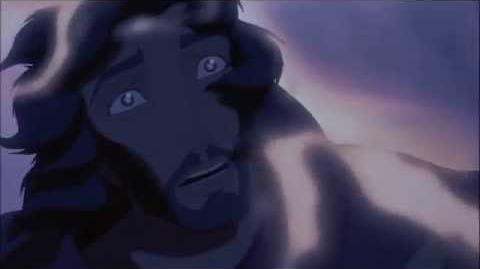 The Prince of Egypt - God Speaks to Moses 1080p HD
Moses (The Prince of Egypt) speaks to God in the cave of the burning bush.
Add a photo to this gallery
Retrieved from "https://powerlisting.fandom.com/wiki/Divine_Territory?oldid=913449"
Community content is available under CC-BY-SA unless otherwise noted.