Spawn (Image Comics) has both divine and demonic powers.

The power to have divine powers.

The user of this ability has divine powers, which can be gained a number of different ways:

Note that divine power levels are variable: weak or mortal users may only count as Demigods, while the most advanced users may be Omnipotent.

Ganondorf (The Legend of Zelda) derives god-like power from being the host of the Triforce of Power.

Castiel (Supernatural), an angel of the Lord. 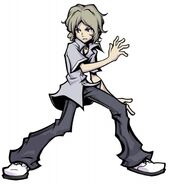 Joshua (The World Ends with You) 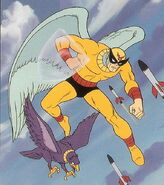 The Statesman (City of Heroes) gained his powers after drinking from the Fountain of Zeus.

Lord Recluse (City of Heroes), like the Statesman, gained his powers after drinking from the Fountain of Zeus.
Momiji.png
Momiji (Ninja Gaiden)