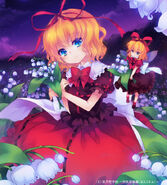 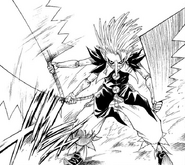 Pinocchion (Marchen Awakens Romance) one of the 13 Zodiac Knights serving in the Chess Pieces is a doll brought to life with powerful dark magic.
Molly Coddle.jpg
Miss Molly Coddle (Bump in the Night) 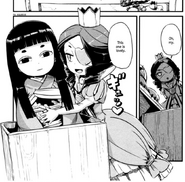 Road Kamelot (D.Gray-man) can transform into a doll while retaining all her Dream powers.
Add a photo to this gallery
Retrieved from "https://powerlisting.fandom.com/wiki/Doll_Physiology?oldid=1274534"
Community content is available under CC-BY-SA unless otherwise noted.