Use the traits of dragonman.

The power to use the powers of a dragonman. Variation of Dragon Physiology and Hybrid Physiology. Not to be confused with Dragonborn Physiology. 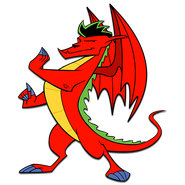 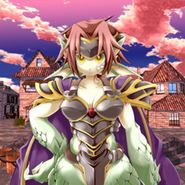 Granberia (Monster Girls Quest) is the most prominent example. She has a semi-human appearance with a tail and dragon scales, along with other dragon like powers

The Dragweiss, Navi (Dragonar Academy) as the incarnation of the collective memories of all Dragons since the beginning of time, takes the form of a humanoid dragon.
Add a photo to this gallery
Retrieved from "https://powerlisting.fandom.com/wiki/Dragonman_Physiology?oldid=1424258"
Community content is available under CC-BY-SA unless otherwise noted.
FandomShop Newsletter Join Fan Lab