Nagu (Arata: Kangatari) using the Chalk of Hakua to create a snake monster.

Create things by drawing.
The power to create objects and beings by drawing. Combination of Literary Manipulation and Creation. Not to be confused with Narration.

The user can create objects and beings by drawing them. The user can also create a new world by drawing it and draw tools such as drawing a sword and armor for their usage and get around quickly by drawing doors and portals. The user can even draw into existence creatures or any other objects.

Rudy Tabootie (Chalkzone) can use the magic chalk to bring anything he draws into reality. 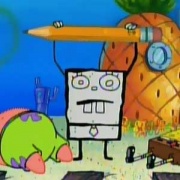 Doodlebob (Spongebob Squarepants) was created by Spongebob by being drawn. 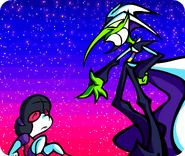 Animators like Bianca (left) (Loki IRL) can draw cartoon characters such as Loki (right) into existence to do battle with other Animators and their characters, which are known as IRLs. 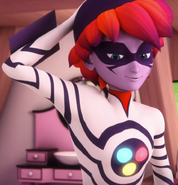 Experiment 112 "Toons" (Stitch!)
Add a photo to this gallery
Retrieved from "https://powerlisting.fandom.com/wiki/Drawing_Creation?oldid=1535711"
Community content is available under CC-BY-SA unless otherwise noted.