Matt Parkman (Heroes) trapped Sylar in his worst nightmare: being alone with his own immortality

"Every dream has an end...No matter how nice the dream might be, or how scary it is. Under your warm blanket, the dream comes to an abrupt end, when mother shakes you awake. Forever and ever, the morning scene remains the same. But now I...I wonder...when the dreams began to never end."
― Ayu Tsukimiya (Kanon)

Power to trap people inside dreams. Sub-power of Dream Manipulation.

User can create a false reality/illusion in dreams and trap people into either the users or the targets dreams/nightmares. The target's body may stay in waking while their mind/soul is trapped or it may disappear into dream as well. 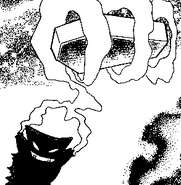 Gengar (Pokemon) using Dream Eater on Blue, trapping him in a dream and devouring his life energy.

The Black Fog trapping its foes in a dream and then devouring their souls. 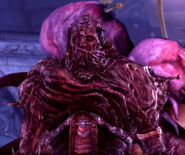 Sloth (Dragon Age) as he appears in the physical world.

Dream (DC Comics) took his anger out on the son of his imprisoner, cursing Alex with Eternal Waking; endless nightmare where he had terrible nightmares that resulted in him waking up in his bed, only to discover that he was actually still dreaming...

...and imprisons Azazel for breaking the rules of hospitality.

The Infinite Tsukuyomi (Naruto) captures the entire world's population in an eternal dream.
Add a photo to this gallery
Retrieved from "https://powerlisting.fandom.com/wiki/Dream_Imprisonment?oldid=1512816"
Community content is available under CC-BY-SA unless otherwise noted.