Through his Blood Demon Art, Enmu (Kimetsu no Yaiba) can freely manipulate the dreams and dream-world of others, whether it be showing them blissful dreams to lull them into a false sense of security or inducing horrifying nightmares to torment them.

"I am a passenger. I am moving through your dreams. I am riding in your dreams."
― Dream of the Endless (DC Comics/Vertigo Comics)

"Dreams are my specialty. Through dreams I influence mankind..."
― The Lord of Darkness (Legend (1985))

The power to manipulate dreams. Sub-power of Mental Manipulation and Sleep Manipulation. Not to be confused with Dreamtime Arts and Supernatural Vision Manipulation.

Users can create, shape, enter and manipulate the dreams of oneself and others, including modifying, suppressing, fabricating, influencing, manifesting, sensing, and observing dreams as well as nightmares, daydreams, etc., possibly including past ones. They can produce and modify dreams, bestow nightmares or lucid dreaming, entrap people in REM, and promote spiritual/emotional healing within dreams.

In some cases, the user's power extends to the real world, such as wounds inflicted on a sleeping victim, healed damage (mental or physical) affecting the physical form, and other wise blurring the line between waking and dream. They may be able to pull someone from the waking world into the dream world or brings people/things from the dream world into the waking world.

Freddy Krueger (A Nightmare on Elm Street) can enter into the dreams of others and control them to terrifying effect.

Alice Johnson (A Nightmare on Elm Street), the Dream Master. 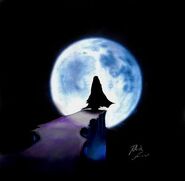 Dorothy Unsworth (Black Clover) can use Dream Magic: Glamour World to transport anyone or anything to a dream-like-world that includes inanimate objects, like building, as well as manifest anything she imagines.

The Orphan of Kos (Bloodborne) is an infant Great One within the Hunter's Nightmare, a nightmare realm meant to contain hunters who have succumbed to their blood-lust. Killing the Orphan of Kos undoes the dream and ends the nightmare's curse.

The Moon Presence (Bloodborne) is a Great One who created and rules over the Hunter's Dream, a dream-realm made for the purpose of supporting hunters and their cause.

The Master (Buffy the Vampire Slayer) can project his thoughts into the dreams of others, plaguing them.

Road Kamelot (D.Gray-Man) can manipulate the dimension of dreams.

As the Ghost of Sleep and Dreams, Nocturn (Danny Phantom) can control anyone’s dream, even his own and trap Danny and Sam after they invaded his dream.

As the embodiment of dreams, Dream of the Endless (DC Comics/Vertigo) can manipulate dream for a variety of purposes.

Sandy Hawkins/Sandman (DC Comics) has the ability to have prophetic dreams.

The Dream Lord (Doctor Who)

Enmu's (Kimetsu no Yaiba) Whispers of Forced Unconscious Hypnosis technique forces anyone that hears his words of "Go to sleep" into deep sleep immediately. 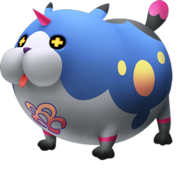 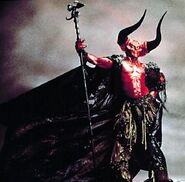 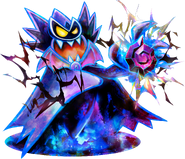 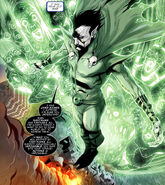 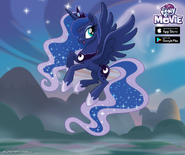 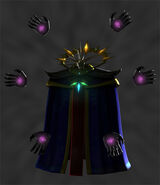 Rhinosnorus (Power Rangers Samurai) puts victims to sleep and then eats them in the dream world.

Scary Terry, Rick Sanchez and Morty Smith (left to right) (Rick and Morty) have different methods of traveling through dreams. 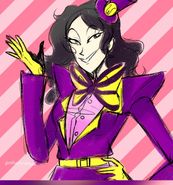 Steven (Steven Universe) can use his dreams to communicate with others, transfer his mind into their bodies and see what they see. 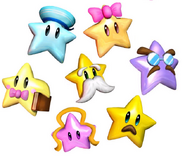 The Star Spirits (Super Mario) guard the Dream Depot, the dream world of the Mushroom Kingdom.

Jagang (Sword of Truth) is a dream walker.

Max (The Adventures of Sharkboy and Lavagirl) could do anything by dreaming.

The Wind Fish (The Legend of Zelda: Link's Awakening) was able to create an entire island while in a dream state.

Isabel Evans (Roswell) a Human-Alien hybrid who can go into other people dreams. 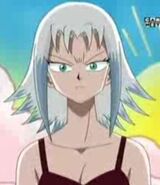 Rem (Bobobo-bo Bo-bobo) has the power of the "Bakusui Shinken"/"Fist of the Nighty-Night" to put her opponents to sleep and rule over their dreams.