Use the traits of dwarves.

The power to use the abilities of dwarves. Variation of Mythic Physiology.

User with this ability either is or can transform into an dwarf, humanoid beings from Norse and Germanic Mythology that dwell in mountains and in the earth, and is associated with rocks, the earth, technology, craft, metal work, wisdom, and greed. They are generally described as shorter than humans, bearded (might include both genders), hard working, often hard partying, pragmatic and stubborn to fault. From the earliest myths, they are considered craftsmen that very few can equal, able to create magical objects that were fit for the gods.

See Also: Our Dwarves Are All the Same. 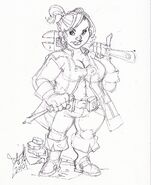 Thorin and Company (The Hobbit) 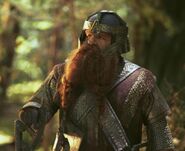 Gimli (The Lord of the Rings), a well respected dwarf.

Eitri (Marvel Comics/Marvel Cinematic Universe) was the King of the Dwarves of Nidavellir and one of the greatest forgers and weapon makers who helped create some of the most powerful weapons in all the Nine Worlds. 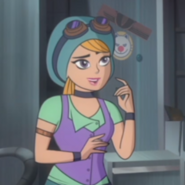 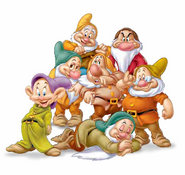 Add a photo to this gallery
Retrieved from "https://powerlisting.fandom.com/wiki/Dwarf_Physiology?oldid=1633179"
Community content is available under CC-BY-SA unless otherwise noted.