When as Alien X, Ben Tennyson (Ben 10 series) has to find a compromise between Bellicus and Serena, playing the Ego in their dynamic.

Become the embodiment of the Ego.

The power to become the embodiment of the Ego. Variation of Jungian Archetype Mimicry.

Users are or can either embody or transform into an Ego; the Freudian representation of the individual's existence in the world. In other words, the part of the mind that acknowledges individuality. In Sigmund Freud's theory, the Id (one's deepest, unfiltered desires) and the Superego (the part of the mind that places foreign factors like other people into consideration) insert suggestions to the Ego (one's own sense of identity). While the Id and the Superego are meant to tempt the Ego, the Ego is the one who ultimately decides which route to take.

Ignatius Parrish (Horns) has the ability to force those around him to confess their deepest desires and their darkest sins, him ultimately deciding whether or not they should. 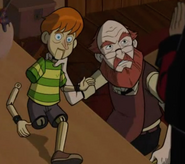 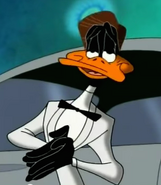 Pookie (Futurama) is Langdon Cobb's ego, growing larger when Langdon recieves praise.
Add a photo to this gallery
Retrieved from "https://powerlisting.fandom.com/wiki/Ego_Embodiment?oldid=1249078"
Community content is available under CC-BY-SA unless otherwise noted.