Use electricity to enhance attributes.

The ability to use electricity to enhance physical and mental attributes. Technique of Electricity Manipulation. Variation of Elemental Enhanced Condition.

The user can enhance their physical and mental attributes using electricity to stimulate the nerves. They are able to jump extraordinary distances due to the increase in strength or react faster due to the mental amplification.

Using electricity, Colonel Volgin (Metal Gear Solid 3: Snake Eater) can enhance his strength to such levels that he can shatter steel and concrete.

Nora Valkyrie (RWBY) channels electricity into her muscles to increase her strength.

...only for Nora to absorb the electricity to enhance her strength...

The sixth spell, Rauzaruk, causes a bolt of lightning to strike Zatch (Zatch Bell) and increases his strength, speed and stamina for about 30 seconds. 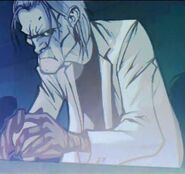