Posses robotic and electrical capabilities.
The ability to posses the physical body of a robot and wield electrical abilities. Combination of Bionic Physiology and Electricity Mimicry. Variation of Elemental-Mechanical Physiology.

Users are or can become a robotic being which combines technology with electricity. While they share weaknesses of ordinary robots, the only weakness that they don't have in common with aforementioned machines, is that they are totally immune to electricity itself. 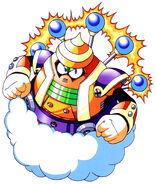 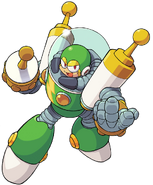 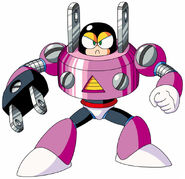 Overlord (Teen Titans/DC Comics)
Add a photo to this gallery
Retrieved from "https://powerlisting.fandom.com/wiki/Electro-Mechanical_Physiology?oldid=1517347"
Community content is available under CC-BY-SA unless otherwise noted.