The power to use the abilities of elves. Variation of Fairy Physiology.

User with this ability either is or can transform into an Elf (also known as Alvar, Daoine Sidhe, Sidhe, etc.), who are either close relatives for fairy or near-mortals with exceptional living-span and magical inclination, there just doesn't really seem to be anything between. In general all elves appear humanoids of close to human size (some are notably smaller, other good deal taller), beautiful, young-looking or ageless, graceful and generally both wondrous and haughty. Although some (especially those of the Primal back-ground) could pass as particularly attractive humans, most have distinctive look of slender physique, vulpine facial features and arresting eyes, but especially their ears that range from but human sized with points to variously elongated. While most have relatively normal skin-tones, some have anything but (blue seems common); this includes both groups. 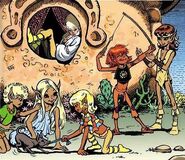 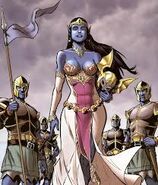 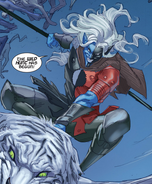 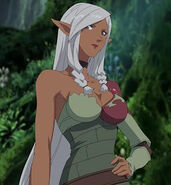 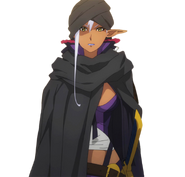 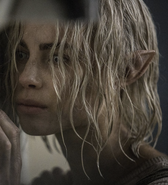