Alisa Spencer (Witchblade) possesses an overwriting empathic influence, drawing people to her and turning them into fanatically devoted followers.

The power to possess an overwriting empathic influence. Sub-power of Empathy.

User possess a supernatural social magnetism, drawing people to them and overwriting their desires and emotions, inspiring an overwhelming urge to serve and a fanatical devotion to the point they would do absolutely anything to please them.

Subjects aren't turned into mindless drones, remaining essentially the same except for their new-found loyalty, which makes them very difficult to distinguish from normal people.

They no longer feel any fear of anything except failing the person they see as their God, and though they do feel pain it is little more than a mild annoyance to them. They consider dying for their master the utmost privilege and look forward to it, though they are determined to be as useful to him/her as they possibly can until the day comes. 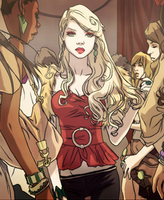 When a Blue Blood performs the Caerimonia Osculor (Blue Bloods Series) immediately creates a special bond with its human familiar. Most of the time, the feeling is not mutual, as some vampires consider themselves superior than the person they are feeding. 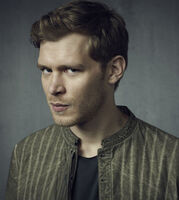 Klaus Mikaelson (The Vampire Diaries/The Originals) can create sire bonds to his hybrids and empathicly overwriting to serve him greatly.

The Goddess of Love (Charmed) has this power.
Add a photo to this gallery
Retrieved from "https://powerlisting.fandom.com/wiki/Empathic_Conversion?oldid=1664317"
Community content is available under CC-BY-SA unless otherwise noted.