Aang (Avatar series) like all Avatars can enter the Avatar State, placing him at his most powerful state of being.

The user can enter a state in which they receive a substantial increase in their existing abilities and unlock new ones, allowing them to match or even surpass powerful opponents. Unlike Super Form or Powered Form, the user does not need to transform in order to increase their power level.

With the aid of the Kaio-ken, Son Goku (Dragon Ball series) can increase his Ki reserves up to 20 times their natural limit, but at the cost of exhausting his body. 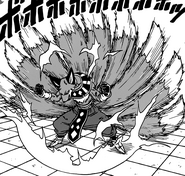 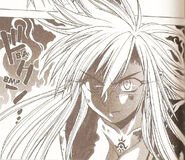 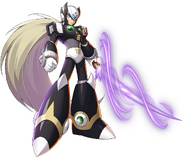 When Liu Kang (Mortal Kombat: Shaolin Monks) executes his Brutality: Rage Mode, he enters a powered-up state in which he covers himself in flames and becomes able to project powerful fireballs and pummel his opponents with fists of flames.

When Kung Lao (Mortal Kombat: Shaolin Monks) executes his Brutality: Razor's Edge, he enters a powered-up state in which his Razor-Rimmed Hat becomes a deadly weapon in his hands, slashing his enemies multiple times before decapitating them.

Whenever he tapped into Kurama/Nine-Tails's chakra, Naruto Uzumaki (Naruto) was able to enter his initial Jinchūriki form, increasing his strength, speed, combat capabilities, and healing...

...and in his one-tailed state, he was shrouded in his Demon Fox Cloak which increased his abilities even further and granted him a degree of physical protection.

Tayuya (Naruto) using the second level of her Cursed Seal.

When he possessed the Cursed Seal of Heaven, Sasuke Uchiha (Naruto) received an increase in chakra and physical abilities...

...and at the seals' second level, he was able to fight on par with Naruto Uzumaki's One-Tailed form.

Users of the Eight Inner Gates such as Rock Lee, (Naruto) can open them to gain access to a great amount of chakra at the cost of doing extreme damage to their body.

The Lost Galaxy Rangers (Power Rangers Lost Galaxy) can use the Lights of Orion to access a state in which they able to enhance the strength of most of their arsenal and utilize their Power-Up Mode. 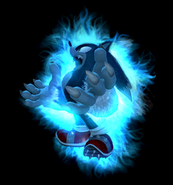 Ryu (Ultimate Marvel vs. Capcom 3) uses Hado Kakusei to enhance his strength, speed, and techniques.
Add a photo to this gallery
Retrieved from "https://powerlisting.fandom.com/wiki/Empowered_State?oldid=1662213"
Community content is available under CC-BY-SA unless otherwise noted.