Enchant anything and/or anyone.
The power to take on the powers of an enchanter. Sub-power of Magic. Magical variation of Control Manipulation. Not to be confused with Invocation.

User has the ability to put something/someone under a spell. They have the power to manipulate certain means of magic to accomplish their goals. Universally, the definition of an 'enchanter' varies. Some enchanters have extraordinary beauty and are capable of enrapturing others in a vulnerable state. Other enchanters are endowed with the ability to charm objects through the use of spoken words or other occult items such as wands or certain talismans.

Usually, enchanters are bestowed with the power to shapeshift or at least glamour (an illusory disguise) to hide their true forms. Enchanters also may even be able to transform others into virtually almost anything while other more potent enchanters are able to succeed in casting powerful spells or curses.

Furthermore, enchanters have the ability to enchant objects with magical abilities of their own. For example, an enchantress can place an incantation on a mirror to look at others from a far-off distance.

The Enchantress (Beauty and the Beast) has the ability to entrance others. 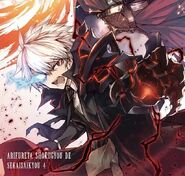 With his immense mastery of Alchemy, Hajime Nagumo (Arifureta Sekai Saikyou) can create the most powerful magic weapons and artifacts, enchanting them with various magic and spells.
Add a photo to this gallery
Retrieved from "https://powerlisting.fandom.com/wiki/Enchantment?oldid=1478667"
Community content is available under CC-BY-SA unless otherwise noted.