The user can heal themselves or others by using energy.

Gwen Tennyson (Ben 10) using her mana energy to heal Kevin Levin from losing some of his life energy.

Avatar Aang (Avatar: The Legend of Korra) uses Energybending to heal Korra and reawaken her chi
Add a photo to this gallery

The Morrigan (The Wicked + The Divine) is able to heal both people and objects. 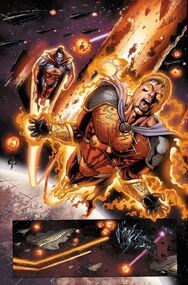 Gabriel Summers/Vulcan (Marvel Comics)
Add a photo to this gallery 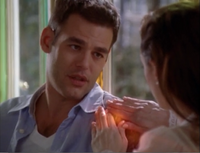 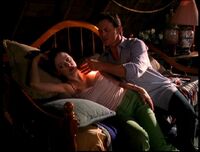 Leo Wyatt (Charmed) use his healing energy to heal Paige.

Chloe Sullivan (Smallville) using her energy to heal Lex and bring him back to life. 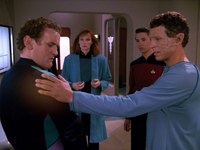 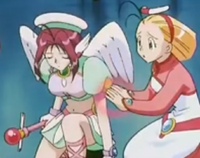 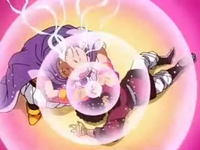 Majin Buu (Dragon Ball Z) can heal anyone from anything with his energy, whether it be mortal wounds or disease, so long as they are still alive. 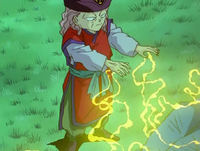 Erica Fontaine (Sakura Wars) in the process of healing the victim of a car crash.
Add a photo to this gallery
Retrieved from "https://powerlisting.fandom.com/wiki/Energy_Healing?oldid=1605984"
Community content is available under CC-BY-SA unless otherwise noted.