Gain power from an energy object.

Object that grants its user energy powers. Variation of Powers Via Object and Elemental Object. Not to be confused with Powers Via Energy.

The user has access to an object that grants them energy powers. Whether they are accessories, tools or weapons, the objects are capable of enabling powerful abilities associated with their energized power or even enhancing preexisting capabilities.

There are various ways energy objects can impart their powers to their users. They can be supernaturally imbued with an energized force which the wielder can access. They can be possessed by some type of energy-based entity (Enigma Force). The user can bond with the entity or wield it as a living tool. The item could even absorb energy from the environment and allow for its usage by the owner. Powerful as they can be, the user must be careful not to be overwhelmed by the ergokinetic power wielded. 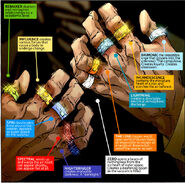 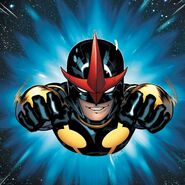 The Nova Corps Helmets (Marvel Comics) are granted access to the power of the Nova Force. 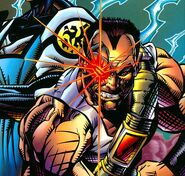 The meteorite (Naruto) granted Akahoshi a tremendous increase to his chakra.
Add a photo to this gallery
Retrieved from "https://powerlisting.fandom.com/wiki/Energy_Object?oldid=1297901"
Community content is available under CC-BY-SA unless otherwise noted.