The ability to possess agility beyond that of a normal member of the user's species. Sub-power of Enhanced Condition.

User with this ability can go from one motion to another effortlessly, effectively dodge attacks, swing from things easily, sprint, do back-flips and numerous other gymnastic, athletic and martial implements with little effort.

Agility is "the ability to rapidly respond or change by adapting its initial stable configuration", the ability to change the body's position efficiently, and requires the integration of isolated movement skills using a combination of balance, bodily coordination, speed, reflexes, strength and endurance.

Mantis Flip Coin (Xiaolin Showdown) allow the user to have incredible jumping abilities plus agility.
Add a photo to this gallery 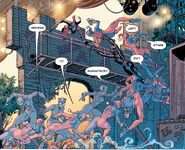 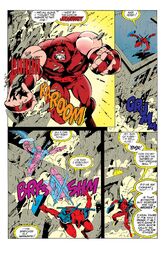 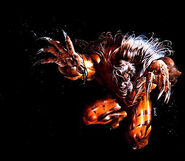 Spider-Man (Marvel Comics) is formidable user of his agility dodging mid-air firing from a machine gun.

Venom (Marvel Comics) copied Spiderman's powers, including his agility, when the Venom symbiote was bonded to him. These powers were passed down to the symbiotes's progeny; ...

Shaolin Fantastic (The Get Down) freeruns through The Bronx.
Add a photo to this gallery 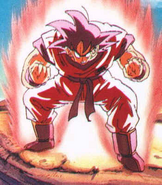 Rob Lucci (One Piece)
Add a photo to this gallery

SOLDIERs (Final Fantasy 7) possesses increased agility and reflexes thanks to their infusion of extraterristrial cells improving their overall physiology.

Neyla (Sly 2: Band of Thieves) could easily rival Sly in his abilities to sprint, free run and perform parkour. 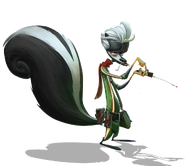 Cyrille Le Paradox (Sly Cooper: Thieves in Time) is shown to be at least proficiently agile, being able to leap from the mechanical arms of his zeppelin's mobile control station with ease, and being able to perform a rail-slide similar to Sly.
Add a photo to this gallery
Retrieved from "https://powerlisting.fandom.com/wiki/Enhanced_Agility?oldid=1018429"
Community content is available under CC-BY-SA unless otherwise noted.