As a member of The Eternals, Threo/Sarasa/Thalatha (Granblue Fantasy) is a fearsome warrior wielding her Three Tiger Axe with beastial strength and brute force.

Possess great skills with an axe.

"I've cut down more than cherry trees with this axe child!"
― George Washington to Robin before they battle each other. (Teen Titans Go!)

The ability to possess the skills to wield an axe. Variation of Weapon Proficiency.

Users demonstrate an aptitude for the ways of the axe. The user is able to wield an axe with great proficiency in brute power and destructive features to kill strong enemies. They are able to perform feats such as stopping large incoming objects, break through objects (possibly even steel), and use wide sweeps to attack many enemies at once, they may also be proficient in wielding throwing axes to add a ranged attack to their repertoire.

See also: An Axe to Grind. 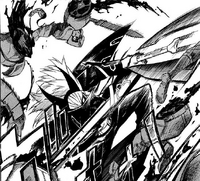 Nnoitra Gilga's (Bleach) pre-released Zanpakuto, Santa Teresa, is more like an ax, which he is masterful in wielding with one hand.

...and wields the Gran Caida upon releasing Arrogante, a sleeker battleax infused with accelerated aging powers. 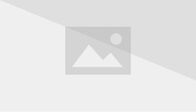 Kenpachi Zaraki (Bleach) releasing his Zanpakuto, Nozarashi, which becomes a gigantic ax that can slice a meteor to pieces... 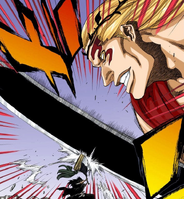 ...and allows him to fight a nigh-unstoppable demigod on equal footing. 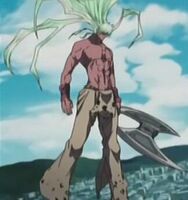 Victor Powered (Buso Renkin) is very powerful with his Buso Renkin of the Great Axe: Fatal Attraction, controlling gravity with it to increase its strike...

...and in taking apart his Fatal Attraction into two smaller tomahawks, each with an energy blade.

Kotori Itsuka (Date A Live) wielding her giant halberd, Camael, which possesses side blades like an ax, and can be dismantled into the cannon, Megiddo.

Rex (Generator Rex) wielding two giant battleaxes generated from his nanites within his own body.

Kratos (God of War) wielding the Leviathan Axe with enough skill to defeat legions of enemies and even other gods. 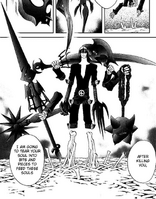 Darkray (Kurohime) wielding the Death Angel Axe in her weapon form, along with five others.

Gimli (Lord of the Ring) is quite impressive with his skills with an ax.

Jinin Akebino (Naruto) using the Bluntsword/Blunt Blade the Helmet Splitter: Kabutowari's hammer to add force to the ax like a wedge, allowing him to cut through all defenses.

Sentomaru (One Piece) wielding his giant battleax that he only uses in tougher situations, or to smash the annoying Demaro Black to the ground. 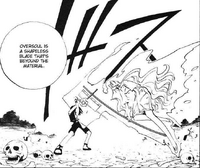 Eliza Faust (Shaman King) wielding a halberd with a razor attached, similar to an ax, with great dexterity and can cleave through normal material via Oversoul. 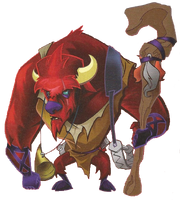 Jean Bison (The Sly Cooper) was a skilled lumberjack, able to clear an entire forest alone with nothing but an ax. 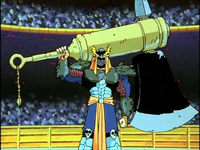 Bui (Yu Yu Hakusho) wielding a very large battleax with tremendous force, splattering his victim's pieces all over the audience. 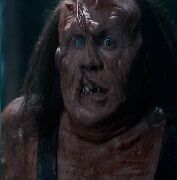 Because of the film and how he died, Victor Crowley's (Hatchet) signature weapon is a hatchet.

Astrid Hofferson (How to Train Your Dragon)

Taurus (Fairy Tail) has extraordinary skills in wielding his battle-ax.

The Woodsman (Fables) the unknown-by-name lumberjack who saved Little Red Riding Hood from the Big Bad Wolf (now Bigby Wolf) in the Homelands.

Ba Tei of Rigan (Kingdom) is a powerful wielder in the art of Yue/鉞/Heavy Axes...

...demonstrating his prowess as he kills multiple opponents with just one swing... 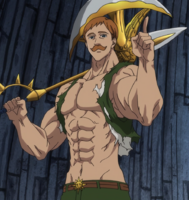 Eric (Snow White and the Huntsman) is an extremely formidable axeman. 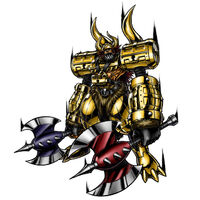 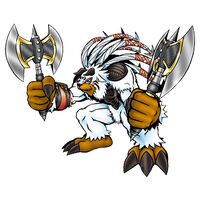 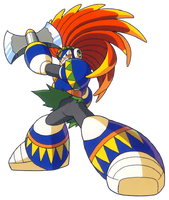 Gareth Landrock (DanMachi) is one of the strongest adventuers of the Loki Familia who specialize in wielding the axe. 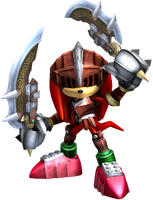 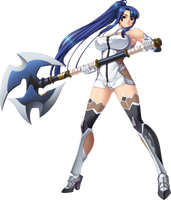 Murasaki Asagi (Taimanin Asagi)
Add a photo to this gallery
Retrieved from "https://powerlisting.fandom.com/wiki/Enhanced_Axemanship?oldid=1656133"
Community content is available under CC-BY-SA unless otherwise noted.