"Don't need bags, or a pass, Say the word, I'll be there in a flash. You could say my hat is off to you."
― Pauline singing Jump Up, Super Star! (Super Mario Odyssey)

The ability to wield hats as weapons with high prowess. Variation of Improbable Weapon Proficiency.

User are able to demonstrate a fluid and graceful proficiency in using hat(s) as a weapon. 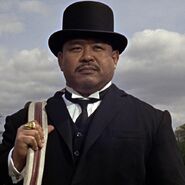 Oddjob (Goldfinger) is famous for his razor sharp bowler hat which he can throw with phenomenal accuracy. 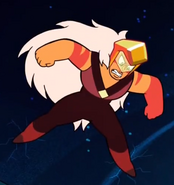 Charlotte Linlin/Big Mom (One Piece) wields her bicorn hat homie Napoleon as a sword in combat. 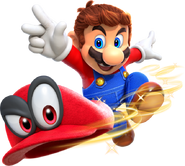 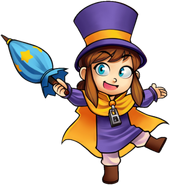 Hat Kid (A Hat in Time)
Add a photo to this gallery
Retrieved from "https://powerlisting.fandom.com/wiki/Enhanced_Hat_Proficiency?oldid=1488824"
Community content is available under CC-BY-SA unless otherwise noted.