The Jinchuriki (Naruto) possess immense chakra reserves as a result of having a Tailed Beast sealed within them.

User possesses massive reserves of life energy, which also acts as a reliable power source that aids in their longevity, power, stamina, vitality, and healing capabilities, allowing them to withstand and survive even the most strenuous and life threatening circumstances. 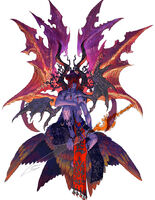 Omega (Anima: Beyond Fantasy) not only regenerate ki at an extreme rate, but also accumulate it even if he isn't in physical conditions to do so, to the point that not even Nemesis abilities can decrease or nullify his ki. 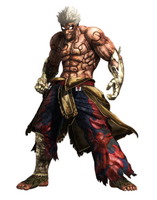 Asura (Asura's Wrath) possesses the Mantra affinity of Wrath, allowing him to increase his Mantra output the more rage he builds up. However, this tends to put a massive strain on his body.

...and upon master his potential, has levels of Reiryoku unrivalled by almost anyone.

Genryūsai Shigekuni Yamamoto (Bleach) possesses such an exceedingly amount of Reiryoku, that he can paralyze weaker Shinigami by looking at them.

Coyote Starrk's (Bleach) Reiryoku was so powerful and uncontrolled, lesser Hollows died from simply being in his presence.

As one of the oldest Shinigami there is, Ichibē Hyōsube (Bleach) possesses exceeding amounts of Reiryoku.

As the first and strongest Quincy, Yhwach (Bleach) possesses immense amounts of Reiryoku.

As the heart of the Soul King, Gerard Valkyrie (Bleach) possesses immeasurable amounts of Reiryoku.

Even sealed and crippled, the Soul King's (Bleach) Reiryoku is described by Yhwach as "an excess of power".

Already very powerful, Sōsuke Aizen (Bleach) gained even greater amounts of Reiryoku thanks to the Hōgyoku.

...and in his Ultra Instinct form, his Ki surpasses even that of the strongest of gods.

Frieza (Dragon Ball) had such immense life force that even after being sliced to pieces, each piece is still alive, trying to pull themselves back together...

...and after becoming Golden Frieza, manifesting his immense amounts of Ki energy to godly levels. 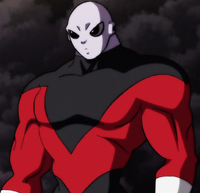 Jiren (Dragon Ball Super) is described to possess unthinkably colossal ki energy, able to erect a powerful barrier to defend against standard ki attacks, and even shake the entire World of Void, which has been stated to be of infinite size...

...even after being greatly wounded he was still able to generate and unleash so much of it that it still caused the World of Void to tremble.

As a Potara fusion of two giftedly strong Saiyans, Kefla (Dragon Ball Super) has such immense amounts of raw Ki she forced Goku into Ultra Instinct.

Sairaorg Bael (Highschool DxD) having rigorously trained his demon physiology to complete perfection, have enormous amount of life force which he can manifest as an aura to enhanced his physical power…

…even withstand the Double-Edged power of the Regulus Nemea's Breakdown the Beast without endangering his life. 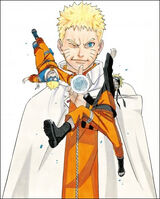 As an Uzumaki and a reincarnation of Asura Ōtsutsuki, Naruto Uzumaki (Naruto) possesses massive reserves of Yang-based Chakra, which was increased even further when he received chakra from the other Tailed Beasts and Hagoromo Ōtsutsuki's Six Path Yang Chakra. 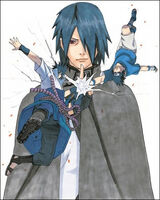 Hagoromo Otsutsuki (Naruto) was born with an inherited portion of his mother's godlike chakra which is powerful enough to dominate the Six Realms via his Rinnegan.

Indra Otsutsuki (Naruto) inherited the spiritual half of his father's Six Path Chakra that grants him tremendous Yin-based Chakra and the Sharingan.

Asura Otsutsuki (Naruto) inherited the physical half of his father's Six Path Chakra, granting tremendous Yang-based chakra which contributes to his superhuman vitality.

Jaune Arc (RWBY) has massive reserves of Aura, allowing him to completely refill an injured Weiss' without worrying about depleting his own.

Yusuke Urameshi (YuYu Hakusho) possesses vasts amounts of Spirit Energy. When he integrated Genkai's Spirit Wave Orb in his body, his reserves and power increased exponentially.
Add a photo to this gallery
Retrieved from "https://powerlisting.fandom.com/wiki/Enhanced_Life-Force/Supernatural?oldid=1664749"
Community content is available under CC-BY-SA unless otherwise noted.