"Hmph. Ri Boku…you could have mentioned earlier you had such a fierce tiger lying dormant so close to Yan’s borders!"
― Ordo on Shi Ba Shou and his army (Kingdom)
The power to have astounding potential and capacity for growth and learning. Sub-power of Potential Manipulation. Opposite to Capability Suppression. Not to be confused with True Power.

Frieza (Dragon Ball series) has almost incomparable potential. Not only was he born with a power that most beings would only dream of, but when he trained for the first time in his life…

…he gained power comparable to gods within four months of training.

Being a Variant Hayato Kisaragi (Hundred) is the most compatible with Hundreds compared to even geniuses, although he has shown to be above others being able to create a small tree after touching one for the first time…

…after training to wield Hien for a couple of hours, he could manifest its Full-Bodied Armament. Hayato has soon become the Hero of the Earth after defeating "God", then the Hero of the Universe for killing the Ultimate Savage, thus ending the savage threat.

Recognized by Vima-Da-Boda to have vast potential in the Force, Kyp Durron (Star Wars Legends) would go on to become one of the strongest Jedi in the entire history of the New Jedi Order. 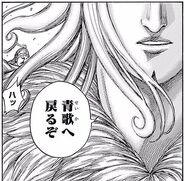 Possessing exponential talent in warfare, Shi Ba Shou (Kingdom) is capable of performing on a level that rivals the greatest generals of Zhao, his skills even caught the eye of Ri Boku who recommend him the final seat of the Three Great Heavens of Zhao in recognition of his abilities. 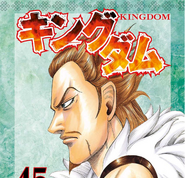 ...and fighting prowess as he one shot a 1000-man commander of the brutal Kan Ki Army with his podao.

..., which allowed him to fight Great General Tou, an extremely capable swordsman himself just days after he killed his general.
Add a photo to this gallery
Retrieved from "https://powerlisting.fandom.com/wiki/Enhanced_Potential?oldid=1513015"
Community content is available under CC-BY-SA unless otherwise noted.