Peter Parker/Spider-Man's (Marvel Comics) Spider Sense is so enhanced that it can detect the intricate workings of a bomb and know the exact wire to cut while disarming it.

RoboCop (RoboCop)
Add a photo to this gallery

...and while continuing to hone himself through battles, he also demonstrated possible hints of chi sensing as he reacted to Hou Ken, a Bushin's presence during the Battle of Bayou...

...and with his eyesight, he can also perceive objects faster than the average person as he deflects arrows fired by Kou Ri Gen and...

...Haku Rei, members of the Ten Bows of China, the greatest archers throughout the central plains of China.
Add a photo to this gallery 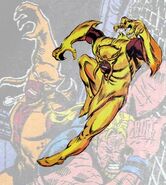 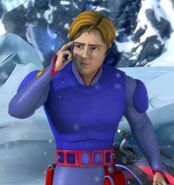 Bloodhound (Apex Legends) becomes the Ultimate Hunter under the effects of their sensory enhancing Ultimate, Beast of The Hunt.
Add a photo to this gallery
Retrieved from "https://powerlisting.fandom.com/wiki/Enhanced_Senses?oldid=1561193"
Community content is available under CC-BY-SA unless otherwise noted.