"He was one of the Navy's first frogmen during World War II. He was so stealthy in the water, his unit nicknamed him Manta."
― Jesse Kane (Aquaman)

The power to swim better than most. Lesser version of Supernatural Swimming.

The user can swim underwater effortlessly and with control, efficiency, precision, traction and balance at any speed. They do not necessarily swim fast, but they have great control underwater. 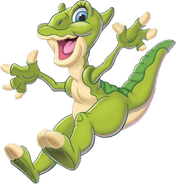 Ducky (The Land Before Time) 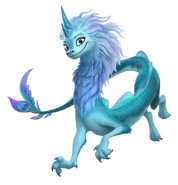 Sisu (Raya and the Last Dragon)
Add a photo to this gallery
Retrieved from "https://powerlisting.fandom.com/wiki/Enhanced_Swimming?oldid=1774473"
Community content is available under CC-BY-SA unless otherwise noted.