The power to possess enhanced eyesight. Sub-power of Enhanced Senses.

User has enhanced vision, allowing them to see with amazing clarity/detail, distance, or color, in the dark, perhaps even in a different spectrum of light or into another dimension.

Riddick (The Chronicles of Riddick) can see in total darkness due to a "eyeshine" procedure, but is overly sensitive to light 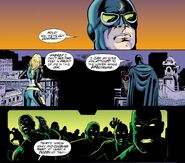 Ororo Munroe/Storm (Marvel Comics) can alter her visual perceptions to see the universe as energy patterns, detecting the kinetic, thermal and electromagnetic energy behind weather.
Powers Donna airplane.jpg
Donna Dunlap (Heroes) sees a passenger in a window of a high airplane 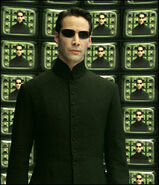 Neo (Matrix)
Sasuke3.jpg
The Sharingan (Naruto) gives the user the ability to see the flow of chakra as well as read, predict and copy almost any technique or movement. 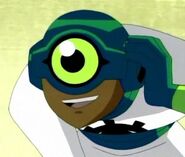 ...therefore, a human who made a deal for them will have the eye's benefits, regardless of former vision. 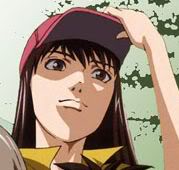 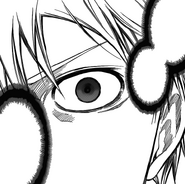 Kuroko's (Kuroko no Basuke) version of the Emperor Eye cannot predict the movements of his opponents like Akashi but allows him observe the behavior and habits of his teammates instead.

Takao (Kuroko no Basuke) can see the entire court from a different perspective, determining the position of the player's immediately.

Tigervrumud Vorn (Madan no Ou to Vanadis) has keen eye sense, allow him to shoot an arrow with further range, more accuracy, likewise, his eye's process is quite fast that can even shoot an arrow to small fast moving animal.

After merging with Migi's cells in a life threatening event. Shinichi Izumi (Parasyte) can easily see a persons face from 300 meters away.

After being fused with Migi, Shinichi Izumi (Parasyte) stated himself that he can easily see a persons face from 300 meters away, this also cures him of his poor eyesight. 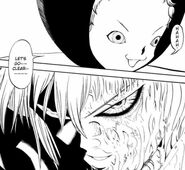 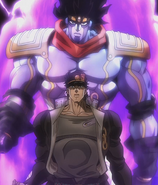 Toki Fujiwara's (Code: Breaker) eye vision is 8.0, in which he can shoot accurately into gun barrels.
Add a photo to this gallery
Retrieved from "https://powerlisting.fandom.com/wiki/Enhanced_Vision?oldid=1193852"
Community content is available under CC-BY-SA unless otherwise noted.