With strategical thinking on par with or possibly suppressing that of a chief of military affairs and Great Generals, Ou Sen (Kingdom) has outwitted his opponents with cunning that can only be considered as monstrous.

Possess wits far beyond other members of the user's species.

"Kukukuku!! Not a single one of you realized! Right from the beginning with the war elephants...the encirclements...Myself personally riding out...paying a visit to the neighboring battle...Everything was a feint!! All of it was just a distraction!!"
― Ka Rin (Kingdom Vol.29)

"To become great, one must be able to do more than fight."
― Griffith, Berserk

The power to have wits that are far beyond other members of one's species. Sub-power of Enhanced Condition and Enhanced Intelligence.

The user has enhanced wits, meaning they are quick on their feet, are very clever, able to adapt to new and changing situations, and are able to remain cool at all times. They are hard to surprise or impress, and they can think their way in and out of any situation by knowing what they need to do and how they need to do it, and come up with ideas on the fly. They instantly and automatically analyze and understand any environment or situation, and deduce the most optimal course of action, allowing them to make the right decision in all situations. Wits deal with strategically thinking on one's feet and being cool and adaptable in any situation.

Being a quick thinker, Capper Dapperpaws (My Little Pony series) can think ahead and gain some advantage when in battle.

Joseph Joestar's (JoJo's Bizarre Adventure) mind is his deadliest and most valuable asset.

Olenna Tyrell (Game of Thrones) is an old lady with exceptional wits and sharp intelligence, called the Queen of Thorns in reference to the Tyrell sigil - a rose - and her cutting comments. 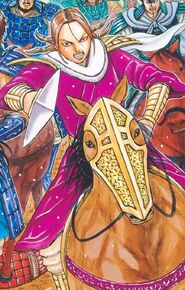 Ash's Noctowl (Pokémon) is a particularly clever individual that was difficult to capture.
Add a photo to this gallery
Retrieved from "https://powerlisting.fandom.com/wiki/Enhanced_Wits?oldid=1607074"
Community content is available under CC-BY-SA unless otherwise noted.