The many environments of North America.

Survive and adapt to an environment.

The power to survive and adapt to an environment. Variation of Reactive Adaptation.

The user can survive and adapt to any environment and/or condition, being able to tolerate a wide range of temperatures and levels of moisture, any amount/quality of sustenance, breathable medium, etc. with little or no discomfort.

Armando Muñoz/Darwin (Marvel Comics) adapting to survive in the vacuum of space. 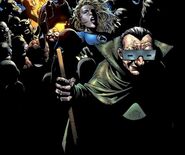 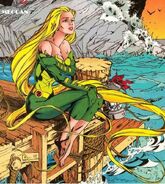 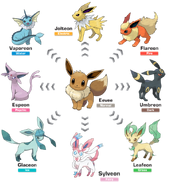 Eevee (Pokemon) can evolve into 8 different evolutionary forms and adapt to any environment. 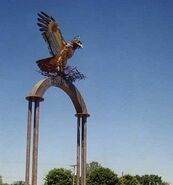 As a master hunter, Bloodhound (Apex Legends) has learned to adapt to a multitude of environments, becoming one with nature itself.

Adam, Bree, and Chase (Lab Rats) are more suited to handle extreme climates. However, there's a limit to how much he can survive, as Chase almost froze to death in Antarctica and it doesn't extend to planets like Caldera.

Godzilla (Shin Godzilla)
Add a photo to this gallery 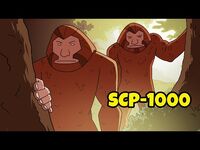 Bigfoot - SCP-1000 (SCP Animation)
Add a photo to this gallery
Retrieved from "https://powerlisting.fandom.com/wiki/Environmental_Adaptation?oldid=1754963"
Community content is available under CC-BY-SA unless otherwise noted.