The Holy Spirit (Christianity) is the spirit of God that embodies life and its as eternal by spiritual nature.

Have an eternal soul.

"For God so loved the world, that he gave his only Son, that whoever believes in him should not perish but have eternal life."
― John 3:16

"I am the resurrection and the life. He who believes in Me will live, even though he dies."
― Jesus Christ (John 11:25)

"If the soul is immortal then it is one with the Godhead."
― K. David

"You are a powerful, unlimited and eternal soul who is here to enjoy the experience of creativity and contribute to humanity’s evolution."
― Timothy Leary

"You may have broken my body, but you can never destroy my soul!"
― Cyborg (Teen Titans Go!)

The power to have an eternal and indestructible soul. Sub-power of Absolute Immortality and Spiritual Perfection. Variation of Other Soul. Spiritual counterpart of Unfettered Body.

Users possess a soul that cannot be destroyed or take any form of damage, in addition to always existing, rendering them completely immune to all manner of spiritual alteration or destruction. Even if bypassed their souls will instantly restore themself, forever transcending any kind of spiritual/metaphysical death that effects only the user’s soul.

Standard souls are categorized with a natural form of immortality, though in this instance the user is totally immortal in every possible way except the physical sense. They can, however, regain their physical forms as they desire by using their own innate spiritual and life forces to indefinitely produce and freely manipulate their physical forms, even on the subatomic level regardless of their location, allowing perfect recreation/restructuring of their old bodies in whatever way they see fit, granting them modifiable and semi-immortal physical forms as a result.

Users aren't just limited to being metaphysically immortal, though, as they can also generate an absolute amount of spiritual force/energy, which can then be used in any way they see fit. Examples of which include granting life to others and even the environment itself. Users' souls are also inherently unbound due to their eternal nature and can freely travel to any realm, material, or immaterial alike. Because of this, they are capable of selectively interacting with them as if they were physically present, even though they are specter-like entities by nature.

The body dies, but the soul is eternal.

God (Christianity) is eternal in every possible way including by spiritual nature which refers to the Holy Spirit. 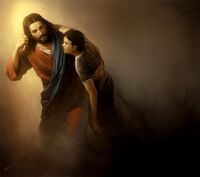 Jesus Christ (Christianity) as the son of God shares the Holy Spirit with his father and its power that he uses to grant salvation for others and eternal spiritual life for all those who believe in him.

Ainur (Silmarillion/Lord of The Rings)

Kaguya Hōraisan (Touhou Project) gained perfect immortality after drinking the Hōrai Elixir, altering her perfectly that even her soul is made eternal and invincible.

Moroha Haimura (Seiken Tsukai no World Break) as the Ancient Dragon has an indestructible soul, lasting two reincarnations, and despite a hundred million years into his third life, where he maintained his Prana and Magic. 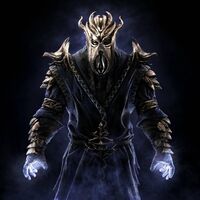 Miraak (The Elder Scrolls)
Community content is available under CC-BY-SA unless otherwise noted.