Master Oogway (Kung Fu Panda) sensed the "darkness" in Tai Lung's heart. Therefore, refusing to give the dragon scroll to him which contained "limitless power"

"Who knows what evil lurks in the heart of men?"
"squeak."
Well, yes, obviously me. I just wondered if there was anyone else."
― Death and Death of Rats (Discworld)

"My gods, Luthor's eyes...so calm and uncaring, like an insects...but shielding such passionate malice and selfishness."
― Saturn Girl (DC Comics)

"What is it Nagungo?"
"Evil, is coming!"
"What shall we do Nagungo?"
"You are Nagungo now!" (runs away)"
― Tribesmen and Nagungo (The Simpsons)

The power to identify evil in oneself or others. Opposite to Goodness Sense.

Users are capable of recognizing evil or negative intent in themselves or others. The user can tell how much evil is within the essence of others and decide how threatening they are based on the amount they sense.

Astro (Astro Boy) possesses an "electro-heart" that enables him to sense evil and criminal intentions in others. 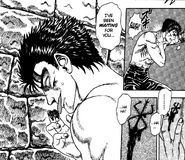 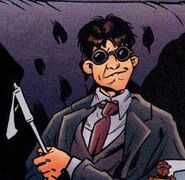 Because a piece of an evil mirror was lodged in his eye, Kay (Fables) is cursed to see all the evil others have ever done. Because of this he is known to gouge his eyes out only for them to grow back later.

Acnologia (Fairy Tail) sensed E.N.D and the Demons of Tartarus in their battle against Fairy Tail.

The black light of Leviathan (Hellraiser II: Hellbound) reveals the evil deeds of those it shines on.

As a creature born from evil energy, Orb (Marchen Awakens Romance) is able to sense the darkness of those around him.

In the Saint Seiya universe, if the evil in any cosmo is very strong, it will be felt by the users of the Sixth Sense.

Jedi and Sith (Star Wars) alike were capable of sensing evil or the "dark side" corruption of others through the person's emotions of anger. 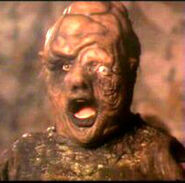 Melvin Junko/Toxic Avenger (The Toxic Avenger) possesses biochemical particles in his body called "tromatons", which causes him to go into a homicidal rage when in the presence of evil, compelling him to destroy it.
Add a photo to this gallery
Retrieved from "https://powerlisting.fandom.com/wiki/Evil_Sense?oldid=1354136"
Community content is available under CC-BY-SA unless otherwise noted.