Manipulate the energy of evolution.

The user is able to manipulate the energy of evolution, granting them advanced potential and access to a wide variety of applications. 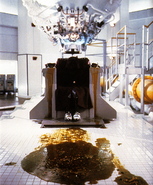 Devo Chambers (Super Mario Bros. film) emit energy that either devolves a subject, or evolves them by increasing their mental capacity. 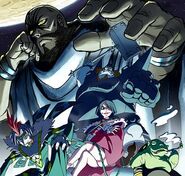 The D'rahn (Wildstorm Comics) are an ancient enemy of both the Kherubim and Daemonite races. The females of which can control evolutionary forces, causing other species to progress to more powerful states or regress to protoplasmic goop.
Add a photo to this gallery
Retrieved from "https://powerlisting.fandom.com/wiki/Evolution_Energy_Manipulation?oldid=1694040"
Community content is available under CC-BY-SA unless otherwise noted.