Evolvo-Lad (DC Comics) had the ability to control the stages of his own evolution to devolve and evolve himself at will.

The power to manipulate the stages of evolution. Sub-power of Biological Manipulation, Life Mastery and Organic Manipulation.

The user can manipulate the evolution of species and individuals, including themselves. Advancing or decreasing evolutionary steps shifting their adaptations/abilities to create new species, etc. They are able to grant superpowers, especially those related to expanding the normal abilities of the species, remove the existing powers or granting the species a potential to gain powers.

Jasmine (Angel) manipulated the evolution of the Zealots, producing individuals with psychic abilities.

Calumon (Digimon Tamers) wields power over Digivolution, able to induce it in other Digimon. 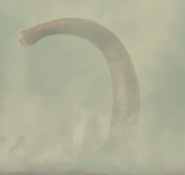 Godzilla (Shin Godzilla) possessed an enhanced version of the ability to self-evolve: his first form's tail... 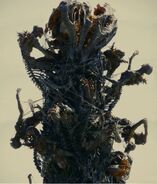 ... hypothetical fifth form. seen at the very end of the movie... 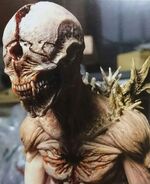 ...close-up of hypothetical fifth form from The Art of Shin Godzilla.
Add a photo to this gallery
Retrieved from "https://powerlisting.fandom.com/wiki/Evolution_Manipulation?oldid=1328575"
Community content is available under CC-BY-SA unless otherwise noted.