Katsuki Bakugo's (My Hero Academia) Quirk - Explosion allows him to create and manipulate explosions generated from his nitroglycerin-like sweat. He can also control the type of explosions he manifests, from stun grenades to landmines to detonating machine-guns and armor-piercing explosions.

The power to manipulate explosions. Sub-power of Volatile Force Manipulation. Opposite to Implosion Manipulation.

Users can create, shape, move, control, interact and manipulate explosions, a rapid increase in volume and release of energy in an extreme manner, usually with the generation of high temperatures and the release of gases.

Being a second generation, Takehisa Hinawa (Fire Brigade of Flames) has the ability of "Bullet Speed Control", being able to cushion or intesify the explosions inside guns, increasing or decreasing the speed and impact of bullets.

Yoshikage Kira's (JoJo's Bizarre Adventure Part IV Diamonds are Unbreakable) Stand, Killer Queen is capable of turning anyone or anything into a bomb and detonating it. 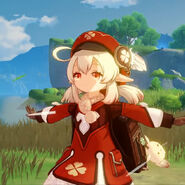