Alec Rois/The Ghost (DC Comics) upon his jettison into the Quantum Field, had gained a host of extranormal powers upon his release. Including manipulating the intra/extradimensional forces of the field itself. 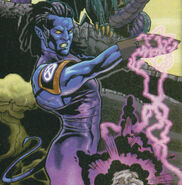 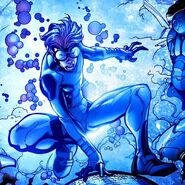 Yugo (Wakfu) like all Eliatrops can harness Wakfu as extra-dimensional energy.
Add a photo to this gallery
Retrieved from "https://powerlisting.fandom.com/wiki/Extra-Dimensional_Energy_Manipulation?oldid=1772955"
Community content is available under CC-BY-SA unless otherwise noted.