As a video game character, Xandir P. Wifflebottom (Drawn Together) has numerous extra lives and is constantly earning more.

The power to obtain extra lives.

The user can obtain extra lives by various means, granting themselves multiple lives and allowing them to resurrect when they die in any way.

Mario (Super Mario series) can gain extra lives through several means, such as by collecting a 1-Up Mushroom... 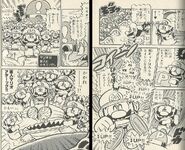 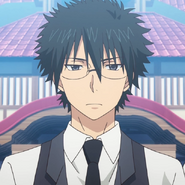 Gengorou Makabe (UQ Holder!) receives an extra life every time he commits a good deed.
Add a photo to this gallery
Retrieved from "https://powerlisting.fandom.com/wiki/Extra_Life_Obtainment?oldid=1565771"
Community content is available under CC-BY-SA unless otherwise noted.