Big Bertha (Marvel Comics) can alter the height and mass of her body by a tremendous degree.

The ability to manipulate fats and fatty tissues of oneself and/or others. Variation of Body Manipulation.

The user has complete control over the bodily fat/adipose tissue of oneself and others, allowing them to freely alter and manipulate it, increasing and decreasing the amount, placement, type (white adipose tissue (WAT)/brown adipose tissue (BAT), energy storing efficiency, etc.

Kirio Hikifune (Bleach) in her slender form, when she has used up most of her power to empower the food she makes. 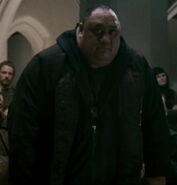 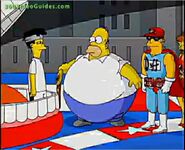 Emi Isuzu (Tenjho Tenge)
Add a photo to this gallery
Retrieved from "https://powerlisting.fandom.com/wiki/Fat_Manipulation?oldid=1430818"
Community content is available under CC-BY-SA unless otherwise noted.