Sōsuke Aizen (Bleach) was of such power that even when calling out to his subordinates calmly, Kaname Tōsen and Grimmjow Jaegerjaquez immediately fell back in line out of fear.

While kind and motherly on the surface, Retsu Unohana (Bleach) is one of the most feared Shinigami in all of Soul Society, even to those who are unaware of her true self. 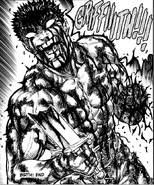 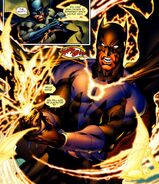 Batman (DC Universe) under the influence of the Scarecrow's fear-inducing toxin.

Chaos (Sonic the Comic) possesses a powerful aura of fear that causes anyone in close proximity to him to become petrified with fear... 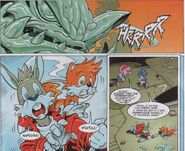 ...as he demonstrates on the Freedom Fighters. 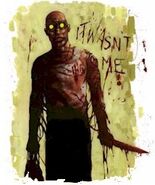 The Doom Slayer (Doom) is the single most feared being to all of Hell.

As the Emperor of Evil, Frieza (Dragon Ball Z/Super), was the most feared mortal in Universe 7, to the point that even decades after his death his sheer fear factor was stated to be the only thing keeping his empire from collapsing. 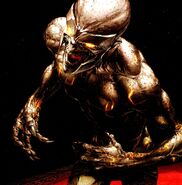 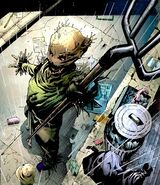 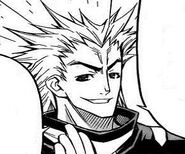 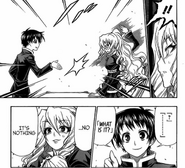 Pennywise/It (Stephen King's It) in the form of Pennywise 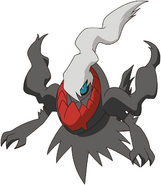 Fungus Humongus (Teenage Mutant Ninja Turtles;2012 Tv series) can produce hallucinatory spores which causes it's victims to experience their worst fears.
Level 6.png
The prisoners of Level 6 of Impel Down (One Piece) have committed crimes so vile and evil that even the newspapers refused to write about them, the world fearing the inmates to the point that the World Government has to “erase” their existences from history.

As one of the Four Emperors of the New World, Charlotte Linlin/Big Mom (One Piece) is a highly feared pirate with a fear factor so great that even the Giants do not dare speak her name.

Users of Conqueror's/Haoshoku Haki (One Piece) like Red-Haired Shanks demonstrates.

As a Bushin, Hou Ken's (Kingdom) mere presence causes intense fear within those around him. 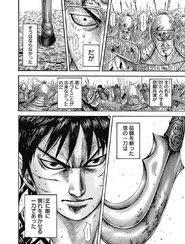 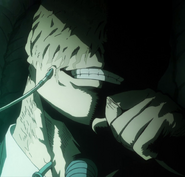 As the Emperor of the Viltrumite Empire, Thragg (Image Comics) was feared by all due to being the strongest.

Silas Burr/Cyber (Marvel Comics) is the only man in the entire world that Wolverine is truly afraid of.
Add a photo to this gallery
Retrieved from "https://powerlisting.fandom.com/wiki/Fear_Inducement?oldid=1369649"
Community content is available under CC-BY-SA unless otherwise noted.