Night of Wallachia (Melty Blood) in a fit of madness.

Bring the fears of oneself and others to life.

The power to make the fear of oneself and others come to life. Technique of Fear Manipulation.

The user can bring the fears of their own and the fears of others to life. The creatures created will gain the life of their own, or possibly attack the user specifically due to their fear of them. They could make fears as scary as monsters to something silly such as clowns. 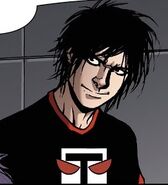 As a child of the Nightmare, Terrance Ward/Trauma (Marvel Comics) can transform himself into a person's worst fear or nightmare... 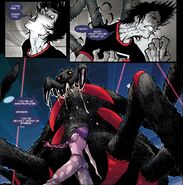 ...Arachnophobia, the fear of spiders... 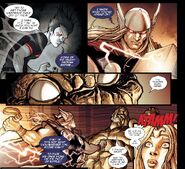 ...and your Greatest Opponent.

Obscura (Winx Club) can trap her victims in dark voids where she physically manifests their fears.
Add a photo to this gallery
Retrieved from "https://powerlisting.fandom.com/wiki/Fear_Manifestation?oldid=1561669"
Community content is available under CC-BY-SA unless otherwise noted.