With his goal of becoming one of Monkey D. Luffy's crewmates and his own boundless will, Jinbe (One Piece) completely suppresses any emotions of fear as he stands before Big Mom.

What is "courage"? "Courage" is knowing fear and making that fear your own!Will A. Zeppeli (JoJo's Bizarre Adventure Part I: Phantom Blood)

How are you doing this? You've ingested enough toxins to drive ten men insane! What are you?!Scarecrow (Arkham Series)

Courage isn't the absence of fear, but the presence of fear and the will to keep on going.Jamal Walker (Black Knight)

There’s no way a man who intends to join the crew of the future Pirate King will cower before a mere Yonkō!Jinbei to Charlotte Linlin/Big Mom (One Piece)

I've been running and running to get away from those hideous people for 2 years. Compared to them, this monster is nothing. It looks rather cute to me.Sanji (One Piece) on the Kraken. 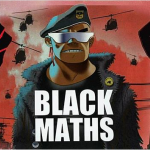 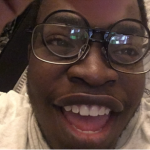