Lord Death/Shinigami-Sama (Soul Eater) tore the part of his soul that feels fear and turn it into the Kishin Asura in hopes of perfecting himself, leaving himself without the capacity to fear.

"Abandon your fear. Look forward. Move forward and never stop. If you pull back you age, if you succumb to fear you die"
― Zangetsu (Bleach)

"To complete my mission, and protect my men. Having to do both at once is what makes being an officer so tough. Are you ready for this? I know I am."
― Bruno Bucciarati to Prosciutto (JoJo's Bizarre Adventure Part V: Golden Wind/Vento Aureo)

"Anything possible if not afraid."
― Mr. Miyagi (The Next Karate Kid)

The ability to have no fear. Sub-power of Fear Manipulation.

User has literally no fear, being unable to feel any sort of fear, terror or even any intense anxiety.

Kitai Raige (After Earth) becoming completely free of fear via Ghosting, a technique that completely erases what fear they possess.

Tokinada Tsunayashiro (Bleach) showcased his complete fearlessness, as even when cornered by enemies and fatally injured by an assailant, he had nothing but contemptuous mockery for everyone. Even willingly give his life to the forbidden Zanpakuto Enrakyōten.

Will Scarlet/The Knave of Hearts (Once Upon a Time in Wonderland) was immune to the Jabberwocky's power due to the lack of fear he felt without his heart.

After Jafar (Once Upon a Time in Wonderland) succeeded in ascending his magic, he was free of all fear, being able to subdue the Jabberwocky because of it.

Horror The Ancient (Grim Adventures of Billy and Mandy) channeled all his fear into his left hand and then cut it off, leaving him forever brave and without fear of any kind. 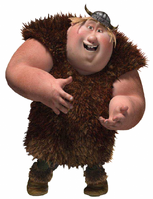 While under hypnosis, Snotlout put ideas into his head that he was a fearless, legendary Viking warrior. Because of this, Fishlegs Ingerman (Dreamworks Dragons) becomes "Thor Bonecrusher", a fearless and capable warrior. It is not until Meatlug risked her life did he snap back to his old self.

Scarecrow's Fear-Depressant Gas (DC Animated Universe) is shown to have the opposite effect of his usual compounds - but with even more devastating effects! 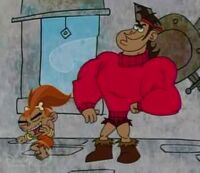 The Red Sweater of Courage (Dave the Barbarian) is able to grant the wearer limitless courage at the cost of their common sense. 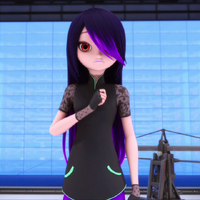 Juleka Couffaine (Miraculous: Tales of Ladybug & Cat Noir) reacted without any sign of fear to Horrificator, weakening the monster as a result. 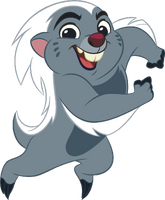 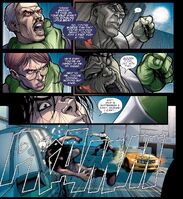 Despite facing a being with the ability to transform into a person's worse fear, no matter who he turned into, it did not affect Bruce Banner/The Hulk (Marvel Comics), making him fearless. 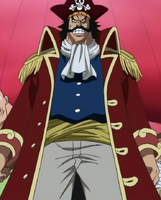 Known among countless for his absolute fearlessness, Gold Roger (One Piece) even casually laugh at his inevitable death from a terminal disease, and willingly hasten his death in an execution to start the Great Age of Pirates.

Legendary for his courage as a samurai, Kozuki Oden's (One Piece) guts was stated to border on insanity…

…in his execution, after being boiled alive in oil for an hour he readily accepted death without hesitation. 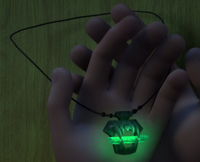 The Grit-Shaka (Trollhunters) is a Gumm-Gumm totem that robs the wearer of all fear.

Space Marines (Warhammer 40k) are completely fearless and are capable of facing enemies that would cause normal men to soil their pants with but a glance.

Necrons (Warhammer 40k) are completely fearless, ever since their flesh was seared away in the furnaces of biotransference and replaced by living metal and a cold, soulless purpose.

Doctor Charles Gears (SCP Foundation)
Add a photo to this gallery
Retrieved from "https://powerlisting.fandom.com/wiki/Fearlessness?oldid=1732310"
Community content is available under CC-BY-SA unless otherwise noted.