The power to embody specific traits/recurring tropes in fiction. Variation of Fictional Mimicry and Genre Embodiment.

The user embodies and possesses the different qualities and tropes from fiction such as literature, film, video games, etc. This often extends to sub-genres found in certain kinds of narrative that arises or even specific franchises, granting them various abilities that mimic their own respective genres and motifs. 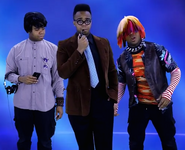 ...Dignified representing 3D used to transport the viewer to another world like in Hugo and How to Train Your Dragon... 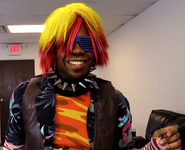 ...Distracting representing the use of 3D to assault the viewer like in Jaws 3-D, Friday the 13th Part 3D and Spy Kids 3D Game Over... 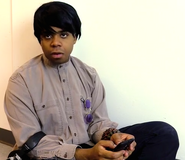 ...and Doesn't Count representing the type of 3D meant to excite but is ultimately meaningless like in Clash of the Titans and The Last Airbender.

Burton Land (Channel Awesome) is a realm where everything, from the landscape to the citizens, is based on recurring tropes and stereotypes found in Tim Burton movies.

The Catwomen (Channel Awesome) are a group of actresses that have played catwomen, possessing abilities and behaviour that reflect the recurring tropes the character has been through in adaptations (the one exception being Halle Barry).

Malcomous and Tamity (Channel Awesome) were people who embodied the different tropes and stereotypes of The Matrix movies, their actions dictated by said tropes. 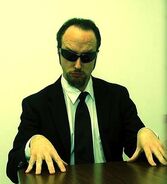 Agent Schmuck/Schmucker (Channel Awesome) was a powerful entity that embodied the different tropes and stereotypes of The Matrix movies, his actions dictated by said tropes.

Target (Channel Awesome) is a goofy supervillain that embodies the various recurring tropes and stereotypes found in crazed, wide-eyed supervillains found in comic book movies made in the early 2000's, as well as being a parody of Collin Farrell's Bullseye.

The Genres (Fables) are a group of literals that each embody the different genres of fiction, their powers and different trains of thought each dictated by what they represent.

The entire cast (Drawn Together)
Add a photo to this gallery
Retrieved from "https://powerlisting.fandom.com/wiki/Fictional_Trope_Physiology?oldid=1424608"
Community content is available under CC-BY-SA unless otherwise noted.