Hestia (Greek Mythology) Goddess of the Hearth, Fire, Warmth, the Home, Family, Domesticity and the State is a Prime user of this ability.

Have the physical traits and abilities of a Fire Deity.

A user with this ability either is or can transform into a Fire Deity, a god/goddess who represents or is associated with Fire, Heat, Drought, Summer and Volcanoes. A Fire Deity is a deity in mythology associated with fire. 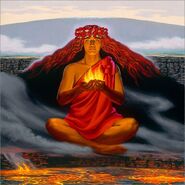 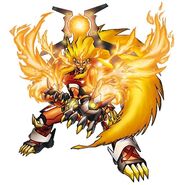 Apollomon (Digimon)
Add a photo to this gallery
Retrieved from "https://powerlisting.fandom.com/wiki/Fire_Deity_Physiology?oldid=1670950"
Community content is available under CC-BY-SA unless otherwise noted.