Grandma Stuffum (Codename: Kids Next Door) can create beings of different shapes and sizes out of the food she makes

"The coffee's strong today."
(it reaches out of the cup and slaps Garfield round the face)
"Not just strong, but mean!"
― Jon Arbuckle and Garfield (Garfield)

The power to create beings of food or shape it into certain shapes. Sub-power of Food Attacks. Variation of Organic Entity Creation.

User is able to create beings of food or shape existing food into wanted shapes and purposes. They can grant the beings varying levels of independence (controlled, automatons/programmed, semi-independent) and existence (momentary to permanent) and delete the creature once they are done with them. 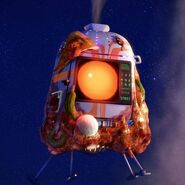 …the food animals, Foodimals such as the...

Living up to his nickname of Thousand Arms, Charotte Cracker (One Piece) can create Biscuit Soldiers with his Devil Fruit, the Bisu Bisu no Mi. 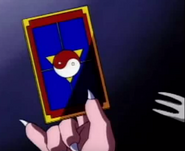 Meal Tickets (Fighting Foodons) are magical cards that allow chefs to turn their culinary creations into...

...Monsters fit for battle known as Foodons!
Add a photo to this gallery
Retrieved from "https://powerlisting.fandom.com/wiki/Food_Entity_Creation?oldid=1526032"
Community content is available under CC-BY-SA unless otherwise noted.