The power to generate food. Sub-power of Food Manipulation. Variation of Organic Generation.

The user can generate any kind of food, including meat, vegetables, dairy, drinks, candy or any other possible consumable substance, whether by drawing them from already existing sources, or by manifesting them anywhere they want. They can create the food as either raw ingredients or fully prepared and presented meal. 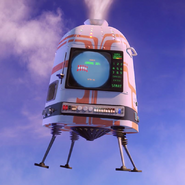 FLDSMDFR (Cloudy with a Chance Meatballs) convert water into food. 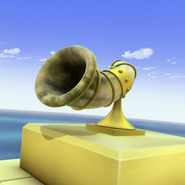 Horn of Plenty (The Garfield Show: Against All Tides), which conjure an unlimited amount of food. 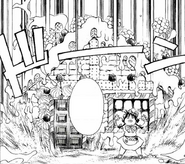 Emokis (Marchen Awakens Romance) can bring out a house of sweets with her ÄRM, Candy House.

...allows him to create and shape biscuits however way he pleases.

A Candy Human, Charlotte Perospero (One Piece) can generate candy due to his Lick-Lick Fruit/Pero Pero no Mi powers.

A Cream Human, Charlotte Opera (One Piece) can generate cream due to his Kuri Kuri no Mi powers.

Otama (One Piece) can generate dangos from her cheek.

Tom Turbo (Tom Turbo) can make toast or pizza using one of his 111 tricks.