Have body made up of food.

The power to transform into or have a physical body made up of food. Technique of Food Manipulation. Variation of Organic Mimicry.

User is made of or can transform their body completely into food, including blood, bone, wood, etc. User can be anatomically identical to their normal form, aside of being made of food, in which case, it contains all to organs and is somewhat vulnerable to attacks. Alternately, the user can transform into homogeneous matter, without any part of their form being more important than the other.

Foodimals (Cloudy With a Chance of Meatballs 2), created by FLDSMDFR. 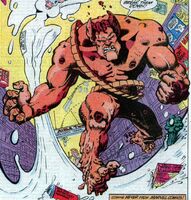 With the power of the Ame Ame no Mi, Gasparde (One Piece) is able to transform into a type of candy syrup.

With the power of the Mochi Mochi no Mi, Charlotte Katakuri (One Piece) is able to turn his entire body into mochi in a donut-like shape. 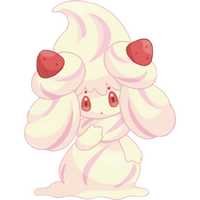 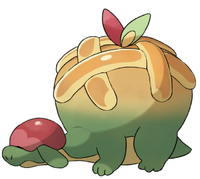 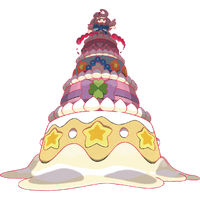 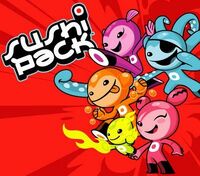 The Sushi Pack (Sushi Pack) are anthropomorphized pieces of sushi.

Unbread (Overcooked series) are bread zombies summoned using the Necro-nomnom-icon.
Add a photo to this gallery
Retrieved from "https://powerlisting.fandom.com/wiki/Food_Mimicry?oldid=1626793"
Community content is available under CC-BY-SA unless otherwise noted.