Invisible Woman (Marvel Comics) can protect herself from harm with an invisible barrier.

The ability to project fields of manipulated energy. Sub-power of Force-Field Manipulation and Constructs Creation.

The user can create a field formed from energy, elements, the environment, or by manipulating smaller items to form a greater whole. Typically centered on or around the user like an aura, these fields often take on a spherical or flat shape and manifest in the form of a barrier or surface such as a shield, wall, dome, or bubble. They can either possess a solid, fluid or elastic structure and surface. Some of these barriers even possess texture similar to that of glass or crystal, creating the appearance of a nearly unbreakable window-like barrier or a transparent shimmer, while others manifest of an amorphous, sometimes invisible or even imperceptible force that can be made to resemble matter.

Force-Fields are capable of blocking or impeding approaching objects and nullifying attacks, including physical and energy based attacks or even repelling or reflecting them, as well being used as a means of containment to imprison others. Some users are also able to throw shields away from themselves or to catch things with them, while other's may possess sufficient enough control over their force-fields to mold them into a variety of shapes, objects, structures and other more advanced forms. It is even possible to use these barriers as armor by creating thinner force-fields around one's own body or that of others, preventing objects or forces from damaging or even touching them if desired. Other users are able to shrink their force field and use it as a projectile, in addition to other offensive measures rather than only defensive, such as creating a force-field inside an object or person and expanding the force-field so that the object or person explodes. At its most versatile, a user may be able to move, manipulate and otherwise interact with matter or energy using their fields, depending on their level of control over the ability and the exact properties of their fields.

Despite their notable strength and durability, force-fields aren't always impenetrable and can be removed by energy drain or extreme force.

Danny Fenton/Phantom (Danny Phantom) can create his own Ghost Shield and is able to shape to his own choosing to be either Dome...

… and a Reflecting Shield that can reflect any attacks, including physical attacks. 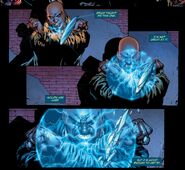 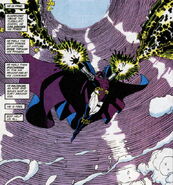 When Blackfire's (DC Comics/Teen Titans) powers were amplified by the Jewel of Charta she could create force-fields/energy shields that protected her from Starfire's energy attacks. 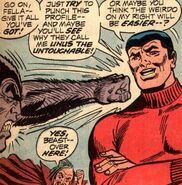 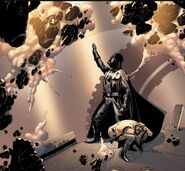 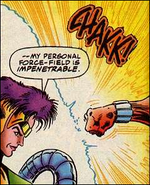 Nino Lahiffe/Carapace (Miraculous: Tales of Ladybug and Cat Noir) can generate protective force fields with Shell-ter, the power of the Turtle Miraculous.

The Evillustrator (Miraculous: Tales of Ladybug & Cat Noir) can create barriers by drawing them into existence. 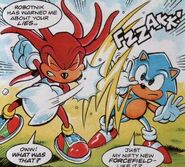 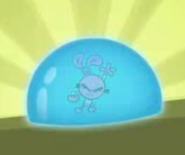 Indus (Epithet Erased)'s epithet is "Barrier", this allows him to generate barriers of any size.

Chase Davenport (Lab Rats) can generates a blue dome-like force field, which used to surround him or he can shrink it for an attack, but his force field developed over time so it's closer to Marcus's force field. Chase now has a blue shield and the back is invisible which only surrounds the front of him...

… he could also shrink his dome force-fields into a ball and throw it as a projectile.

After the Omega Weapon exploded Henry (Henry Danger) gained the ability to generate his own force-field barrier around his body which allows him to repulse anything when it hits it.

High Level masters of Kidō like Sōsuke Aizen (Bleach) can use Bakudō #81: Dankū to generate a wall of space to shield off attacks. 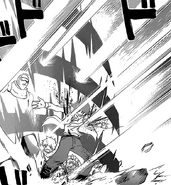 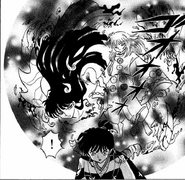 Bartolomeo (One Piece) is able to create both invisible and visible barriers with the powers of his Devil Fruit power, the Bari Bari no Mi. 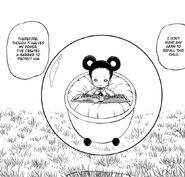 Even though it halves his power, Clear Note (Konjiki no Gash Bell!) creates a barrier around his partner Vino to protect the infant and his spellbook.

Misaka Mikoto (Toaru Kagaku no Railgun) is surrounded by an invisible electromagnetic barrier all the time that allows her to become immune to any telepathic attacks and interact with anything else.

Mad Pierrot (Cowboy Bebop) was a genetically modified assassin whose skin can create a force field, making him almost invincible.

The Angels and Evangelion Units (Neon Genesis Evangelion) are capable of generating an Absolute Terror Field (A.T Field). A force field that can block any incoming attack. 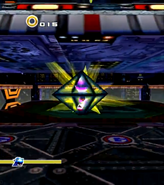 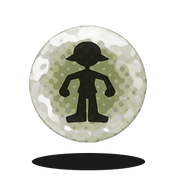 Aqua casting Reflega on Terra in Birth by Sleep.
Community content is available under CC-BY-SA unless otherwise noted.
Advertisement